I still can be heard from time to time on KDRP in Dripping Springs, Texas as a voice from the past.

I lived in Ann Arbor, Michigan when John Sinclair was in prison
for giving an undercover agent two joints of marijuana.
John Lennon headlined a benefit that led to Sinclair's swift
release from Jackson State Prison.
This is my report...

Brad Buchholz interviewed me for the Austin American-Statesman.
The topic was Bob Dylan.
Original Article
Letter To The Editor

Townes Van Zandt Documentary
Now Available On CD in US

I interviewed Townes Van Zandt in a professional studio for an oral biography of his life in 1992 and 93. Those sessions resulted in about six hours of tape specifically dealing with his life as a traveling songwriter. I have stories, in Townes' own voice, about how he wrote several of his songs. Townes revealed many insights into how he created as a songwriter. Some sections of that interview have been released as a CD Documentary first in Germany, and now in the US. The edition released in Europe on the Normal label called "Townes Van Zandt Documentary" is now available in the US. The CD features 10 songs and was edited by me into documentary form. I told Townes' life story chronologically and provided three short segments of narration. 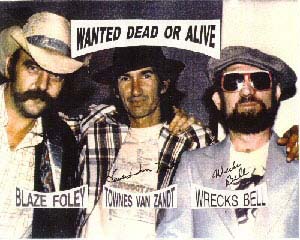 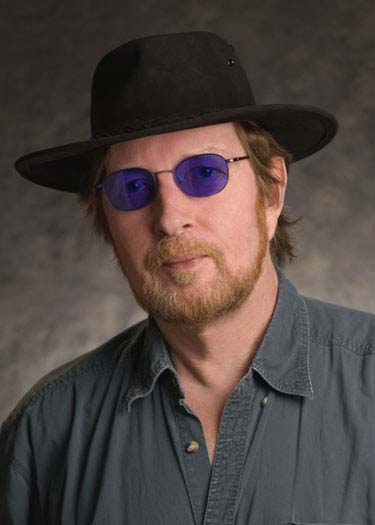 Charles Fincher, of Thadeus & Weez fame,
hears me on the world wide web. I was in Memphis in February, 2002 to accept the
Keeping The Blues Alive
award for Public Radio from
The Blues Foundation Please bookmark our location:
http://www.larrymonroe.com
Sign up for the Segway City E-mail list
This site is commercial free

Beverly Walker photographed me watching
famed mystery writer Kinky Friedman
improperly light a cigar
by touching the flame to its tip
at the Broken Spoke on 01/31/2001. 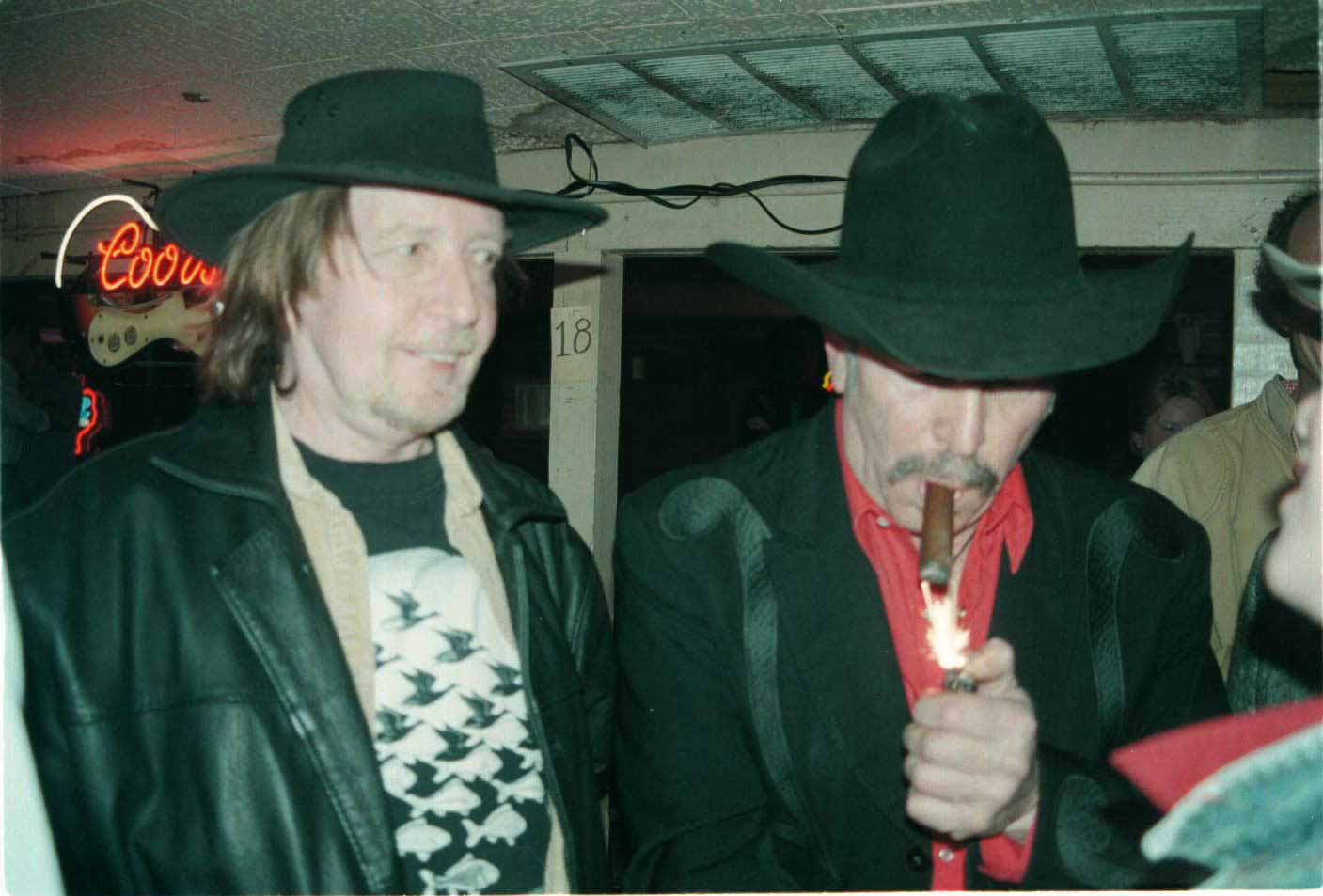 Beverly also took this photograph
of me introducing J.T. Van Zandt
at the Blaze Foley Tribute
at Ruta Maya Coffee House on 01/31/2004. 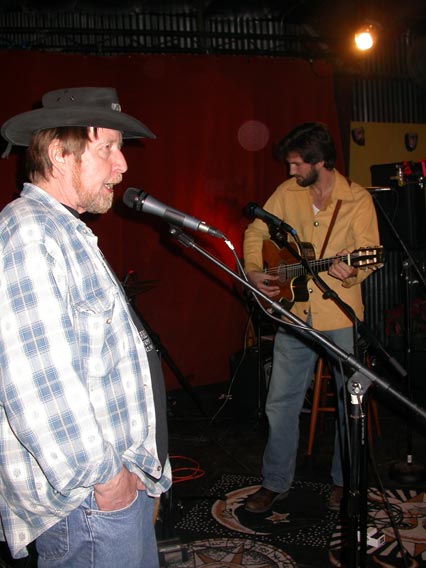 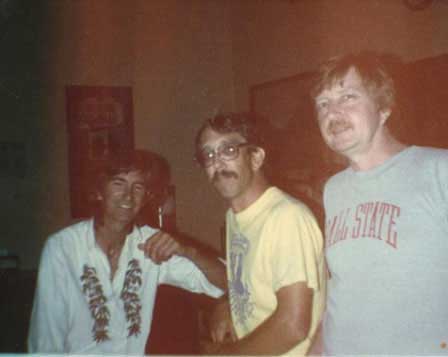 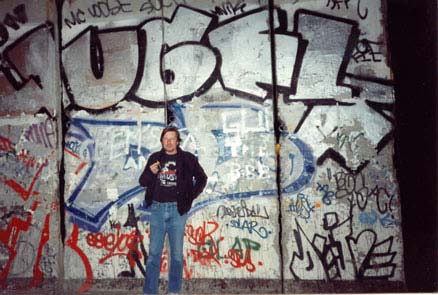 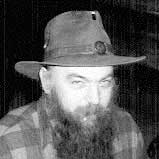 Blaze
12/31/96
Here's a piece that I wrote about songwriter Blaze Foley
after he was murdered in 1989.
3 photographs of Blaze are included.
The Official Blaze Foley Web Site
Steve-O's Blaze Foley Homepage
The Blaze Foley Tribute CD is available!
01/01/97
Here is the original version of the Walter Hyatt obituary
that I wrote for the Austin Chronicle in May of 96

Cotton At Antone's
Photos of James Cotton at Antone's.
Cotton listened to my radio shows in Memphis on the Internet.
Now he lives in Austin!
Another of my listeners, Hank Millan, took the photos. 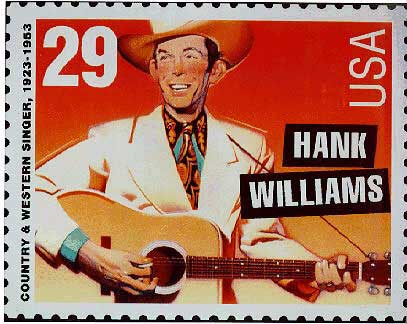 The guitar player on the 1965 Dylan masterpiece
Desolation Row
was the great harmonica player Charlie McCoy.

A Tribute to Phil Hartman

Texas actually shows support for musicians. My friend Casey Monahan is the Director of the Texas Music Office, which is part of the office of the Governor of Texas. Check out the TMO by activating the following link...

One of the most interesting and valuable links that you can find by visiting the TMO is the one that I have given you the following shortcut to:

A while ago I started taking QuickCam pictures of some of my radio guests and loading them onto the page. I also put up a couple of large cartoon graphics that I co-created with Sam Hurt and Guy Juke. That made the page load verrrry slowly, so I have moved some of the graphic heavy sections to

I have driven Alfa Romeos for about 26 years. I had a green 74 GTV coupe for 11 years, a red Spider convertible for about a dozen years, and now I drive a black 85 Spider convertible. Austin is a great town for top down driving. In 96 I had my top down over 300 days, including several warm days during the coldest months. In one recent year there was only one day between March 16 and October 16 when I couldn't have my top down at all. For 7 months the top was down every day but one. In January and February I had the top down 34 days. My Alfa mechanic is Robert Johnson. Cruise over to his web page to see an Alfa Romeo logo. 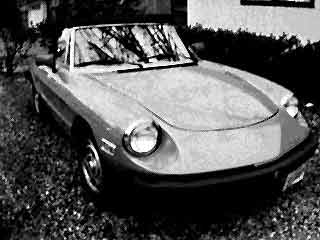 Still Lookin' For You

This site will change often, so visit again.
Thank you for cyberslacking through Segway City.